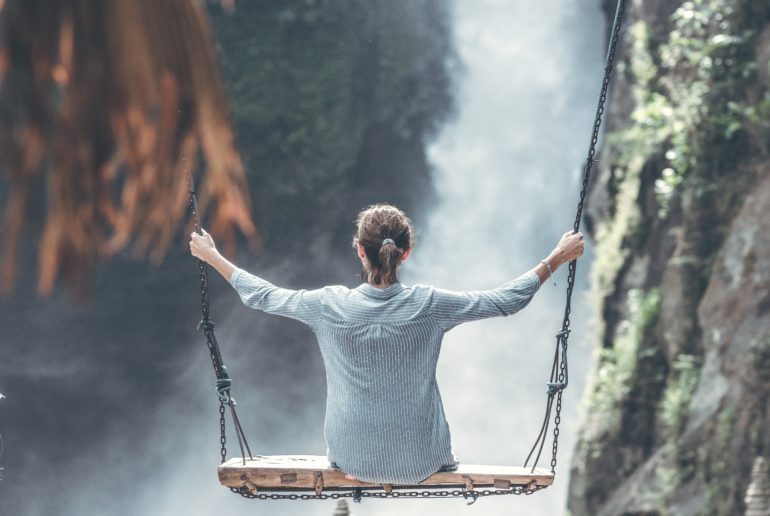 And celebrating every bit of progress.

I’m a planner. Most people who know me on any level know this. This fact about me lends itself well to one of the more significant aspects of Enriching Escapes – the planning of every detail of our trips. I like a little structure and I like to know what to expect.

As a mom to a child with a disability, I’ve had to learn to let go of that tendency to focus on expectations and the desire to know what the future holds.

On diagnosis day, I had to start getting used to the fact that no one could predict if my son would ever walk or talk. I had to accept that no doctor would be able to tell my husband and me what the future would look like for our son. And – one of the more difficult things that I still struggle with – I had to start resisting the urge to compare my son to another child or adult with the same diagnosis and expect that other person’s functional level to tell me something about where my son could be one day. As much as it kills me, it doesn’t work that way. Everyone is so, so different, even those with the same diagnosis.

Instead, I had to learn to fully live in the moment. Otherwise, I’d be missing really great accomplishments that my son made. These moments are often times very subtle.

If I didn’t learn to let go of expectations and appreciate each moment for what it was, I’d miss these little inch stones, as a specialist once referred to them. And my son fights so hard for each of these accomplishments, so I want nothing more than to be his biggest cheerleader when he makes even the smallest gain, even when I still don’t know what a future growth spurt might do to that gain. Might he have to relearn what he’s just mastered? Maybe, but that will give me another opportunity to cheer for him.

While this mindset doesn’t come naturally to me and it’s something I constantly have to work on, it’s helped remove a lot of anxiety about the future. There’s something to be said for living in the moment and appreciating it for what it is with no thought about the future. Maybe I should try applying the mindset to other parts of my life? 2019 goals!

Creating opportunities for families to have special experiences together and …

The idea was just that for the past year. It …

When I was about 6 months pregnant with my second …

Get latest updates from Enriching Escapes. Subscribe to our newsletter.

Hit enter to search or ESC to close